In this article I will show you How To Apply Noir Effect in Premiere Pro CC. From time to time we all tend to watch old or cult movies with the misanthropic atmosphere of classic period referred as “Film Noir period.” It seems that the world had been rather unlit and cynical, with all sorts of wars, market crashes etc. Luckily, we have moved far away from 50’s and we needn’t face mirroring terrors. One thing about film Noir is the power of cinematography that was used to portray the melancholy or seriousness of picture and that is what we’re going to replicate today!

I’m going to teach you how to apply black and white filter on your footage in premiere pro cc and a choice of adjustments you can make to make it look like film Noir! Firstly, we’re going to open up premiere pro and and import our footage. You do that by clicking on file in the upper left corner. Then click on import. If you wish to do this action quicker like a pro you can just use a key shortcut by pressing Ctrl+l which will do the exact same action. Now find your files in your computer, select them by double clicking or hold Ctrl and select multiple files with your cursor. Files are imported now! You’ll find them in the bottom left corner.

Now select a file you want to apply the effect on, drag it and drop it in the timeline. Move your cursor to the project panel, it’s the panel from which you just moved the footage you want to work on. Right click, now a small window with options will pop up. Click on “new item” and then adjustment layer. It’ll show setting options (I suggest keeping it in default) and the click “OK”. Now you’ll see there’s a highlighted adjustment layer in your project panel. Drag it and drop it above your sequence in your timeline.

That’s not it yet

Now move your cursor on the edge of the adjustment layer until a red arrow pops up. Click and hold to extend it however you like. In this case, we’re going to extend it to the length of our video. Go back to your project panel and search for “Effects”. If it’s not there, look up at the top of the screen where you “Window”, click on it and make sure the “Effect” window has got a blue tick next to it. Return to project panel, effects and see a search bar, type in Color Balance. You’ll see an option of Color Balance (HLS), select that one!

Drag it a drop it on the adjustment layer in your timeline. In the upper left corner you’ll see an option of effect control. Click on it. If it’s not there, you can find it in the window bar again. When you open the effect control you’ll see quote a lot of adjusting options, but ignore all of them except the part where it says Color Balance. Turn saturation to negative hundred and see how your footage turns into black and white! That’s the first step done!

You do that by clicking on the Color option in the top of the screen. This will take you to the realm of colour editing. If it’s not there, you can find it in the window bar again. In the upper right corner you click on Lumetri Color which will pop a panel with colouring options such as, exposure, contrast, shadows etc. Film noir was overly dark, with lots of shadows and low exposure and that is what we’re replicate!

Extra tip! If you really want that Alfred Hitchcock look, there’s is a thing I want to suggest, and that is to apply that violent “noise” effect on it! You do that by going back to your editing timeline, so in the top of the screen, click on “editing” and wait until it takes you back to editing timeline. Now that you’re there, go to project panel, click on effects, in search bar you type in “noise” and you’ll see a folder named “Noise & Grain” with two options. It doesn’t matter which one you choose, they both do pretty much the same thing, although the ones that say “Alpha Noise”, etc.

How To Apply Noir Effect in Premiere Pro CC

Under the obsolete folder allow you to change the form of the noice, its flow, etc. You’re more than welcome to try it, but for now we’re just going to use the default noise! Drag it and drop it on the adjustment layer again and go to effect control in the upper left corner. Find the part where it says “Noise”, amount of noise, and type in positive ten. Just under it, you see a little tick saying; use Color noise. Click that one off, for we don’t want the noise to be colourful when doing black and white sequence. And that’s it! Share your finished footage with your friends and family!

One more thing before we end this tutorial

This was the tutorial on How To Apply Noir Effect in Premiere Pro CC. I hope you have enjoyed it as much as I did. You can find more useful tutorials to this on this website, but if you are more into gaming stuff like Minecraft then you should check out my second website! It is mostly about Minecraft Tutorials but they are really useful to you. I also have a YouTube channel with the same name so make sure to check me out there. 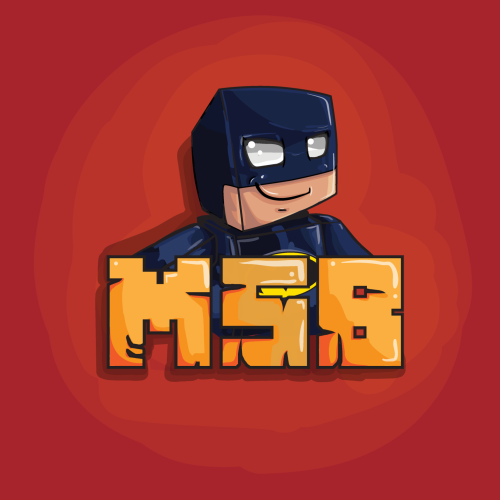 How To Block Blue Light from Smartphone Screens

How To Speed Up Windows 11 and Improve Performance (2022) on How To BOOST FPS in ALL GAMES 2022! Ultimate Guide

This website is about Tech stuff. You will find whole bunch of different Tech Tutorials like How To Fix Errors, Games, Mobile phones and much more! If you want any help for anything related to software then you are on the right place!

We use cookies on our website to give you the most relevant experience by remembering your preferences and repeat visits. By clicking “Accept All”, you consent to the use of ALL the cookies. However, you may visit "Cookie Settings" to provide a controlled consent.
Cookie SettingsAccept All
Manage consent

This website uses cookies to improve your experience while you navigate through the website. Out of these, the cookies that are categorized as necessary are stored on your browser as they are essential for the working of basic functionalities of the website. We also use third-party cookies that help us analyze and understand how you use this website. These cookies will be stored in your browser only with your consent. You also have the option to opt-out of these cookies. But opting out of some of these cookies may affect your browsing experience.
Necessary Always Enabled
Necessary cookies are absolutely essential for the website to function properly. These cookies ensure basic functionalities and security features of the website, anonymously.
Functional
Functional cookies help to perform certain functionalities like sharing the content of the website on social media platforms, collect feedbacks, and other third-party features.
Performance
Performance cookies are used to understand and analyze the key performance indexes of the website which helps in delivering a better user experience for the visitors.
Analytics
Analytical cookies are used to understand how visitors interact with the website. These cookies help provide information on metrics the number of visitors, bounce rate, traffic source, etc.
Advertisement
Advertisement cookies are used to provide visitors with relevant ads and marketing campaigns. These cookies track visitors across websites and collect information to provide customized ads.
Others
Other uncategorized cookies are those that are being analyzed and have not been classified into a category as yet.
SAVE & ACCEPT